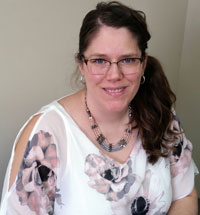 Tracie Mutschler, CA, CPA
Executive Director
South Region
A Chartered Professional Accountant by trade, Tracie joined McMan South as the Director of Finance in the spring of 2015, after working in the public accounting sector for 7 years. Tracie brought her passion for finance and community to McMan. After a maternity leave in 2017, Tracie returned more passionate than ever. She was appointed Interim Executive Director in April 2018 and subsequently accepted the position of permanent Executive Director in October 2018. Tracie is excited and committed to build upon the positive and lasting impact on the people and communities that McMan continues to serve. Outside of work, she enjoys spending time with her family, camping, crafting and personal development. 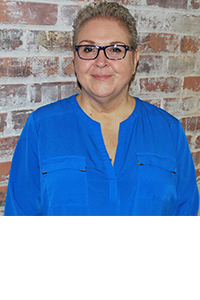 Jacqui Pederson
Director of Human Resources
South Region
Picture Coming Soon
A certified Human Resources Professional (CPHR) and Senior Certified Professional (SHRM-SCP), Jacqui has over 20 years of Human Resources and leadership experience. She provides leadership excellence and HR support to all levels of management and employees and continues to build on our current strengths and outstanding culture, to position McMan as an Agency of Choice. Jacqui completed a Business Diploma with Medicine Hat College and a Bachelor of Science degree with the University of Phoenix. Jacqui is passionate about her work. Outside of work she enjoys spending time with family and friends, camping, reading, and hanging out with her granddaughter. 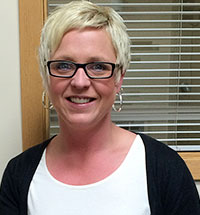 Sara Pettigrew
Regional Office Manager
South Region
Sara has worked in the nonprofit sector for years. Coming from the Saskatchewan Stock Growers for 3 years and moving to Medicine Hat to work for McMan in 2007. Sara started with McMan as the Administrative Assistant and now holds the Regional Office Manager position. Sara would describe McMan as "the best organization to work for; an organization that truly cares about why they do what they do and about the people behind the scenes to make the why a reality." 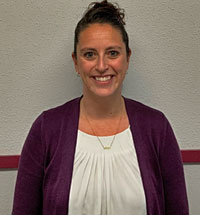 Janice Humphrey, CPA, CA
Director of Finance
South Region
Janice worked in the public accounting sector prior to joining McMan as the Director of Finance in 2019. She is a Chartered Professional Accountant with more than 14 years of experience in preparing financial statements and helping businesses improve processes that ensure effective and efficient business functions across their organizations. Janice enjoys spending time with her family which often involves different sporting events like basketball, hockey and baseball.

Leah Schmidt
SE Zone Programs Manager
South Region
Leah has been with McMan since 2005, first as a Program Supervisor for the Parent Link Centre, and currently in the role of Programs Manager. She recently completed her Master of Arts in Leadership through Royal Roads University and will be utilizing the experience to enhance the positive culture as a part of the Management team. 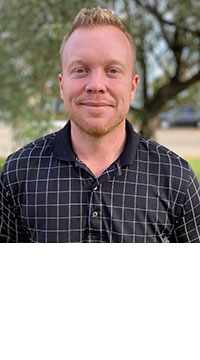 Kevin Dornian, BSW, RSW
SE Zone Programs Manager
South Region
Kevin began his career with McMan in 2006 at the INN Between Youth Shelter. He soon transitioned into the McMan Skill Building Youth Work program and continued his career path in the McMan Family Development program. Kevin continued to expand his career in community by accepting a position as a Probation Officer in 2010 and later the role of Senior Probation Officer before returning to McMan in 2014. In 2014, Kevin returned to provide Program Supervision to the McMan Outreach Service Division.

Kevin has enjoyed working directly with the community on numerous initiatives and has enjoyed many opportunities to engage community to strengthen services for participants. His passion has always been community wellness and community connection, and this leads him to another personal passion. Kevin is a self-proclaimed Light Smith and each year he lights up Medicine Hat with one of the communities largest Christmas Light Displays. 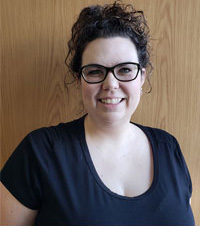 Marina Lynch
SE Zone Programs Manager
South Region
Marina has worked for 12 years in the human services field providing support to children, youth and adults with disabilities. She also surveys agencies within the disability sector for accreditation. Marina has been a Stepping Stones Triple P Practitioner for over 8 years and enjoys providing support to families.

Damon Van Ginneken
Interim Director of Services
South Region
Damon began his career in human services in 2006, working both with children and adults with disabilities in community and residential programs. Damon also worked as a musician and motivational speaker, performing and presenting at youth conferences and events throughout Western and Northern Canada. Damon began working for McMan in 2010 at the Parkside Group Home. Shortly thereafter, he launched the Drop'n Beats youth music program. In 2016, Damon became Program Supervisor of the Parkside Group Home, and in 2018 he joined McMan's management team as a Programs Manager based out of the Lethbridge office. In December 2020, Damon began in his current role as McMan South's Director of Services. Damon is a Certified Child and Youth Care Counselor with an educational background in Child & Youth Care and Sociology. Outside of work, Damon enjoys spending time with his family, cooking, reading, listening to music, and is an avid sports fan. 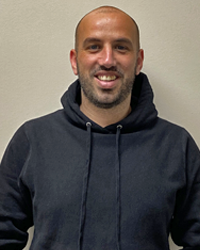 David Low
Interim SW Zone Programs Manager
South Region
Dave began his career in human services in England back in 2004, working both with youth in schools and residential programs. Dave began working for McMan in 2016 at the Parkside Group Home as a relief worker having moved to Canada in 2013 and working for the school district. Shortly thereafter, he moved into a full time position within the program. In 2018, Dave became Program Supervisor of the Parkside Group Home, and in 2019 he joined McMan's management team as a Programs Manager based out of the Lethbridge office. Outside of work, Dave enjoys spending time with his family, running his own business in Lethbridge, and playing soccer, most notable leading the Lethbridge College Kodiaks to a provincial gold in 2020. 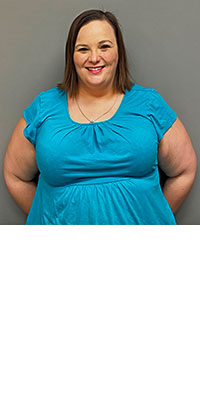 Ashlynne Ball
SW Zone Programs Manager
South Region
Ashlynne started working for McMan in 2011 as the Mobile Addiction Outreach Worker, and after dedicating four years to building the program, transitioned into a role as the adult program Housing First Supervisor. Since then Ashlynne has supervised many of our other adult programs, and recently accepted a position as Program Manager in the Southwest Zone. Ashlynne is passionate about serving disenfranchised and vulnerable community members, and has a strong desire to support individuals in reaching their full potential in our community. She is a strong advocate for our adult (18+) populations and programs and truly believes that people can create positive change in their lives at any age.

Ashlynne loves creating opportunities to connect with the community, and has organized several community events raising awareness about issues impacting vulnerable individuals throughout her career. She loves to network with the community and with different helping agencies to build stronger connections for McMan's programs and participants. She works hard to create a positive and energetic culture throughout McMan, and her passion for her work is evident in all that she does. When not at work Ashlynne enjoys spending time with her family, dogs and going camping.